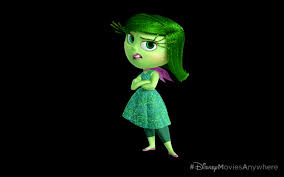 Yep we have all said it, we all make judgements and we all take the higher ground sometimes.

But what is the purpose of disgust. I have been doing lots of thinking about this since having quite a reaction to an interview on Sixty minutes. In fact my opinion wasn’t what the masses thought and found myself feeling very disheartened by the complete lack of understanding of someone that is obviously ill. Instead there was huge amounts of abuse directed at someone that they don’t necessarily know or have been directly affected by. What makes us have such a reaction to something on TV about someone who lives across the other side of the country?

I reckon disgust is all about standing up for something, or deciding what we like, its that little moderator inside us. But like everything this needs to come with some balance or things go astray pretty quickly. Yes we need to have boundaries, yes if we didn’t gave some guidelines it would be havoc, yes there is some sort of moral, ethics and values that play out in us. But, and that’s a big BUT, if we have too much or too little it can be harmful to not only us but those around us.

Imagine being in a room with someone that nit picks everything, rolls their eyes at anything that you do, abuses you or has an opinion that constantly puts other down. Wouldn’t be that good to be around would it. On the other hand imagine being in a room full of people that had no sense of moral judgement, with no one actually giving a crap about what happens, things being trashed with complete chaos everywhere you look.

Neither of these scenarios are ideal, instead its about finding a way to have disgust as a way to help us. Having it set the tone for how we want to be as people without the big fat reactions that are attacking or letting things just go by the way side when there is a reason to stand up for something. Tricky balance really.

For me, Sundays night reaction was about a lack of understanding. It was about the fact that air time was given to this person that served no purpose other than to shame and have a ripple effect of hatred, abuse and vilification. I felt that there was a missed opportunity to educate people about the way different mental health issues are full of deception. While I am not a fan of what this young lady did, I am the fairness police and felt that the interview wasn’t good for anyone.

I was also trying to be understanding of others reactions but found this particularly difficult – when did we become so full of blame and hatred. I guess my reaction was around my values (just like everyone else). None of us are perfect, we all are real people and I believe we should be treated with respect. That button was certainly pushed and I am glad as it really gave me some reflection time on what was happening for me.

Its that I wanted to know that this young lady has some help where she can reflect and work through whatever is happening for her. I value a space where you can be whoever you are and not be judged rather having unconditional safety to work through the not so good stuff so that you can step into a better life. And that is certainly not being interviewed on Sixty minutes!

All good things to think about, here is to disgust being our friend and protector rather than a judgemental so and so

Have a good one